Although the concept was proposed by Elon Musk in 2013, at present, there are two companies that are working in the supersonic train:

Hyperloop One:  based on California and founded in 2014, this company is building the first tunnel to make make the first public tests of the transportation. The placement is based on Nevada (USA) where the company has the permits to perform the tests for this project. These are a replication of the real system which have been named DevLoop. The tunnel is placed 30 minutes away from Las Vegas. It’s got 500 meters length and 3,3 meters of diameter, a length that won’t be able to show its truly potential.  According to the company, these tests will be perform within the first half of this year. 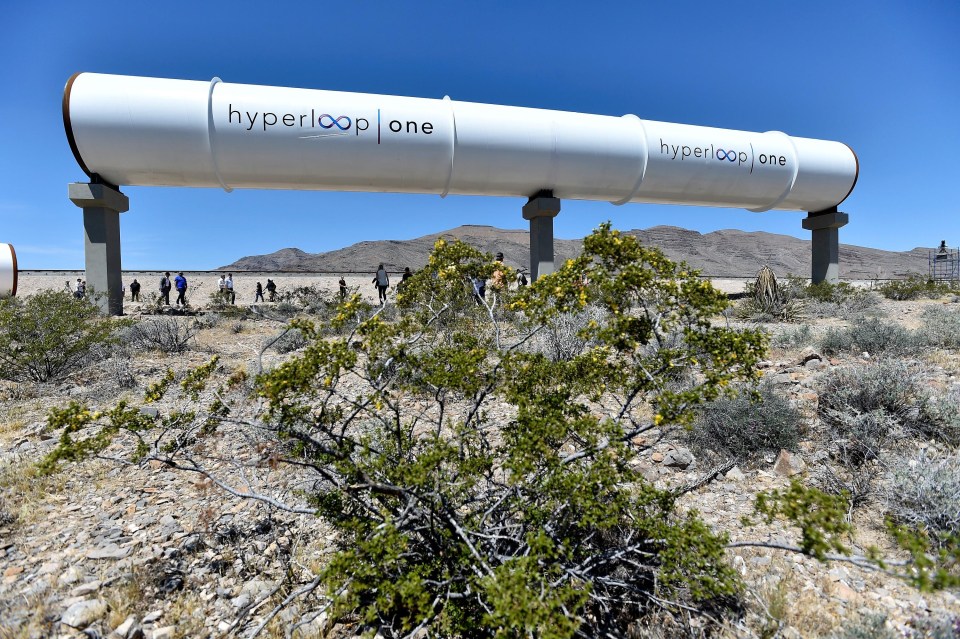 HTT is the other company, also based in California and founded and 2013. They have announced that the first capsule will be ready by 2018. According to the company, it will be integrated in their research center in Toulouse (France). In addition, a 2,5 millions of dollars investment will allow them to test the system in Jakarta (Indonesia) and connect Java and Sumatra. Also, they are working in connecting Bratislava (Slovakia) with Brno (Check Republic), travelling 130 km in 10 minutes, and Abu Dhabi with Al Ain.

They will look like a traditional train coach. With a length of 30 meters, a diameter of 2.7 meters and a weight of 20 tons. Instead of travelling through rails, they will be “levitating”, reaching speeds of 1,223 km/h, carrying between 28 and 40 passengers. The magnetic levitation was already developed in Japan. However, in this traditional system, the copper coils need to be powered by electric stations which feed them to transform them in magnets. The Hyperloop develops a passive magnet in each coach and an aluminium post with copper loops. This configuration acts like a regular magnet pair rather than a traditional electromagnet which constantly requires current to work. Therefore, even if the electric current fails, the Hyperloop coaches would still levitate. Only after reaching the minimum speeds, will touch the ground.

Companies specialized in composed materials for planes, cars and constructions will be participating in the development of the capsules, including also novel materials such as carbon fiber.

The coaches will also incorporate virtual reality, to give the passengers the illusion of watching a landscape through the windows.

The Transport of the Future Around the World

The future transportation is looking not only to connect places in less time, but also in developing more efficient solutions. Hyperloop is one of those developments which agrees with the new trends. There are more innovative solutions which are user and environment-friendly. Some of them, already working in some parts of the world. Have a look at this guide, and get inspired by the latest advancements in these technologies 🙂

Do you think we are in a transport-revolution? 😀

We are two engineers who work in the Electronic and Telecommunication industry. We regularly blog in our spare time.